Brady is playing for his record-breaking sixth Super Bowl win on Sunday February 3rd. No other quarterback has won more than four. It would be an amazing feat for a 41-year-old who, as the Post notes, was considered stocky and slow and picked in the sixth round of the draft but who is now considered one of the best quarterbacks ever. He still seems to be on top of his game, leading the Patriots to the cusp of history. He’s obviously doing something right.

Why is he exceeding all expectations for his age?   What can we learn from him?

He has the discipline to make all his daily decisions in order to fulfill his quest – “I think that the decisions that I make are always, they always probably center around performance enhancement, if that makes sense. So whether that is what I eat or what decisions I make or whether I drink or don’t drink, it’s always football-centric.

He has a lot of advice, has even written a book about it –“TB12 Method: How to Achieve a Lifetime of Sustained Peak Performance.”

Tom Brady believes we’ve been lied to by food and beverage companies, and misled by the government and doctors. Essentially, he said, he doesn’t believe in Western medicine.  He believes in prevention.

“That’s kind of our [society’s] approach to medicine: Wait ’til you get sick or wait ’til you get hurt, and then we’ll treat you,” Brady said. “Well, how about trying to find ways to prevent yourself from that even happening? I think that’s a much better approach to medicine. When you say, well this sounds like quackery, there’s a lot of things I see on a daily basis that I see in Western medicine that I think: ‘Wow, why would they ever do that? That is crazy. That doesn’t work.’”

Tom Brady believes he stays healthy mostly because of his dietary choices .  His personal chef describes his diet, “80 percent of what they eat is vegetables,” Campbell said. “[I buy] the freshest vegetables. If it’s not organic, I don’t use it. And whole grains: brown rice, quinoa, millet, beans. The other 20 percent is lean meats: grass-fed organic steak, duck every now and then, and chicken. As for fish, I mostly cook wild salmon. …“No white sugar. No white flour. No MSG. I’ll use raw olive oil, but I never cook with olive oil. I only cook with coconut oil. Fats like canola oil turn into trans fats. … I use Himalayan pink salt as the sodium. I never use iodized salt.”

Brady also believes in fitness, but not in the usual sense.  He thinks he maintains peak performance my keeping his muscles long, supple and soft.  In other words, there is not one-size-fits all fitness program.  Our program needs to start where we are and gradually take us to our own Peak Performance – the point where our physical being is and asset in our quest for more and better life.

Tom Brady and the NE Patriots might not win the Superbowl, and many will be cheering against him,  but he has exceeded all expectation for his age by the lifestyle choices he has made.  We would do well to learn from him. 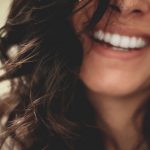 Happiness – why it’s part of being healthyInspire / Motivate